Two of the most popular free online poker games today are Zynga Poker and Playtika’s WSOP. To give you a brief overview, both games feature the best gameplay experience that you could ever have. Zynga is known to be one of the most popular card gameplay for families and the leading poker game in the online community. The game itself has a lot of players across the globe and features a lot of things to modes to enjoy. Additionally, there’s also VIP access that enables players to enjoy a one of a kind treats in the game. Surely, a person who loves to play poker can’t get a hand out of this game.

On the other hand, the World Series of Poker (WSOP) is the top choice for free online poker gaming. Like the other games, it has tournaments and series of games that players and users can enjoy. For instance, you can choose to play Free Online Poker or Texas Holdem Poker with your friends. You can visit their official site to experience poker gameplay that you wouldn’t want to miss.

But which one is the better game? What are their differences? In this post, we will take a look at the features to help you decide.

Zynga Poker features bigger cards so that you can see them better. Plus, it gives you the feel of a real poker table. But that is not to say WSOP is shabby. Playtika’s card game also gives that beautiful green table took, which is accessible on the eyes. However, our verdict is in favor of Zynga Poker. The overall graphics simply look better, in our opinion.

We can’t say one is better than the other in this department. They are equal in having generic sounds, so neither edges out the other. Also, we don’t think the sound effects or music add more value to an otherwise fantastic game. So for this round, we deem its a tie. There is not much in contention here since the sound effects of both games are common. Nothing new that is worthy of consideration.

Zynga Poker offers Texas Hold ‘em card games. On the other hand, WSOP also has Texas Hold ‘em card games. But here lies the kicker, among many others. While both games have fast game speed on their tables, the variance lies in the number of players they can accommodate. Zynga Poker has two sizes of meals that can seat a maximum of five and nine people. On the other hand, WSOP tables only have a maximum capacity of up to nine players.

So if you want to play against more people, you will enjoy the competition in Zynga Poker. More players, more challenges, and more fun and excitement. Also, both games have different game formats. WSOP features more events where the winner takes everything. Zynga Poker also has this type of event, which it calls Spin And Go. But the other game also features traditional games. All in all, we find Zynga Poker to have more wonderful game options. But it is a close competition in this department. We considered the number of players and game features that it provides. 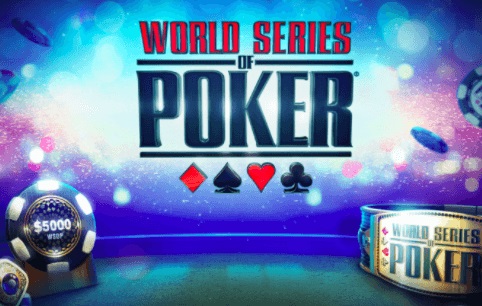 WSOP features many game events and several game modes. On the other hand, Zynga Poker only offers a few activities and little game modes available. So the apparent winner in this round is WSOP. To be fair, Zynga stepped up in their recent game events. However, it would have been nicer if they are more than they deliver. Zynga’s poker events are pretty much bland and tend to be boring.

WSOP features clubs while Zynga has leagues. So what does this mean? With clubs, you only compete with people in that group. You move and down on the leaderboard in that organization only. In effect, it does not offer much competition since you will be playing only among yourselves in that club.

But if you join leagues, there are more players and the competition tends to be stiff. You will be playing against different players around the world of varying skill levels. So climbing up in the standings is a real challenge. There are so many good players to contend with the battle. Overall, we enjoy the competitive scene in Zynga leagues. It offers more fun challenges, and the options are varied.

Zynga Poker and WSOP are both great games, and we play these two. But the other game offers more fun and variety. However, if you are looking for more events and competition, WSOP is the game for you.