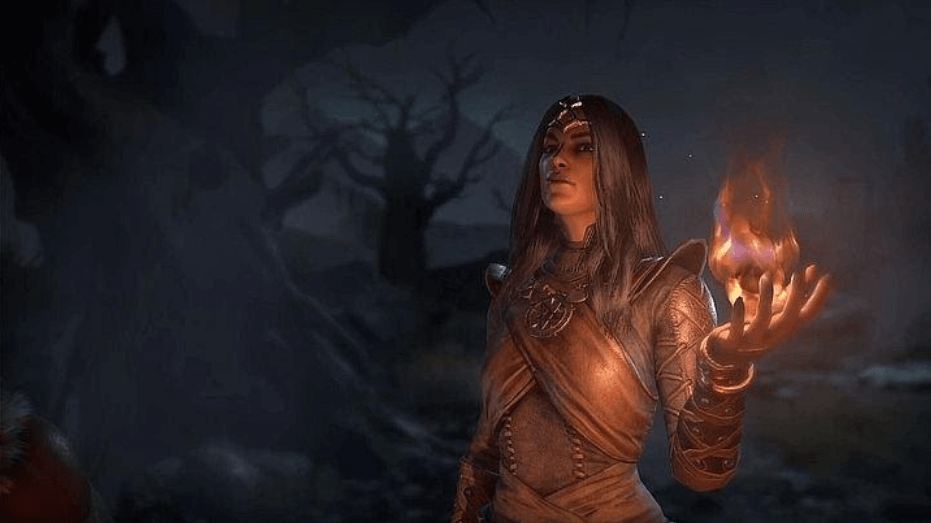 One of the most iconice classes of the Diablo franchise is The Sorceress. In the upcoming Diablo IV installment, this class is confirmed to make a comeback. The Sorceress hails from the clan of Zann Esu, the eldest of all the mage clans which are known for being female-dominated. For hundreds of years, they studied in secret to perfect their art and bide their time until evil emerged.

In addition, their greatest quest is to defeat Prime Evils and to prove the purity of magic. The Zann Esu sorceresses pursue perfection in the belief to attain the purest of magic and become the most powerful mages in the Sanctuary. They carefully choose girls who possess the highest level of attunement to magical elements and offer them an apprenticeship.

Furthermore, Sorceresses specialize in the use of elemental magic to defeat and control their foes. With elemental magic, a sorceress controls primal energies. They can also manipulate the weather. They channel three powerful spells of fire, lightning, and ice that inflict elemental ailments with great damage.

What to Expect With the New Version of Sorceress

As shown during the Blizzcon 2019, the Sorceress has a lot of similarities with that of Diablo III’s Wizard class. In Diablo IV, there are six categories of abilities and skills—as listed below.

Minor Destruction – this includes abilities to use spells without costing any mana. The Sorceress has Lightning, Fire Bolt, Frost Bolt, and Arc Lash under this category.

Compared to the two other classes that were confirmed for Diablo IV, the Sorceress has the largest talent tree so far—thanks to its range of elemental magic. The talent tree branches into an individual element which allows the Sorceress to specialize in one or two elements. This allows the character to increase damage and enhance the negative ailments inflicted on its foes.

Here’s an overview of the Sorceress Talent Tree:

Since Diablo IV is still in its early stages of development, players can expect that more details and skills might be added and changed soon for the Sorceress and other classes. There are still two more classes to complete the five classes that are expected in Diablo IV.  So, make sure to stay tuned for these updates on PlayPC!

The Rise of PUBG Mobile The Battle Royale King