League of Legends (LOL) is one of the popular multiplayer online battle arena (MOBA) games available right now. It’s played by millions of players all over the world. One of the attractive things about this MOBA game is its lore. Now, imagine the LOL lore in a role-playing game, wouldn’t that be something? Well, you don’t need to wait since there is an RPG that features the LOL lore and it’s titled Ruined King: A League of Legends Story.

Ruined King is an adventure RPG that’s developed by Airship Syndicate and published by Riot Games. It’s available for different consoles as well as for Windows PC. Though the game might seem fun and exciting to play since it’s a LOL game, is it really worth it to play? Will you really enjoy this adventure RPG? Let’s discuss in more detail in this Ruined King: A League of Legends Story review.

The Gameplay of Ruined King: A League of Legends Story

The Ruined King: A League of Legends Story is set after the Burning Tides events. Players get to control popular champions like Pyke, Yasuo, Miss Fortune, Illaoi, Braum, and more. You will begin by going on a journey and exploring the city of Bilgewater, as well as the Shadow Isles. You also get to explore the Black Mist and eventually other parts of Runterra.

As an RPG, you get to go on various quests and adventures. There will also be a lot of battles with different enemies. Combat an innovative turned-based system that will end once you defeat all enemies. Take note the health and mana of your champions will persist. This means you need to be mindful of your champions’ health and mana when going into battle or replenish them after every fight.

During the combat, there’s an initiative bar, which shows who gets to go first. This will allow you to make the proper preparations during combat. Like with many RPGs, champions gain experience as you partake in battle and once they gain enough experience, they will level up. This will grant a permanent increase in certain stats while also potentially unlocking new skills and abilities.

You also have to acquire gear that you can equip your champion to further improve their stats and abilities. It’s a fun game that’s typical of any RPG, except this time you’ll be using familiar LOL champions. The game will allow you to learn and live the stories of some of the popular game’s champions. It’s a great way to experience and explore the world of Runterra.

Are There Bad Things about Ruined King: A League of Legends Story?

Since this is a new game, you can likely expect some bugs and hiccups along the way. They’re minor inconveniences that won’t ruin the gameplay. Another thing to note is that the game can be very challenging to play. If you’re a LOL fan and just want to enjoy your favorite champions in different gameplay, then sticking to the story mode would be a good idea. The game has different contents available like many RPGs, but most of them are difficult and challenging to play.

It can be a great addition for hardcore RPG gamers but can be a pain for casual gamers who’s only looking for the LOL experience. Aside from that, you will likely also be bummed out at the limited variety of locations available. But as a newly released game, this is to be expected. The developers will likely expand the game’s world more in the near future.

Looking at what Ruined King: A League of Legends Story offers, I can say that this is a game that’s worth playing. Sure there are some minor hiccups here and there, but they’re mostly just annoying. The positives that the adventure RPG offers far outweigh the negatives, so you won’t be disappointed playing this game. 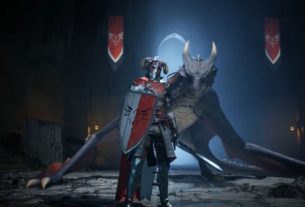 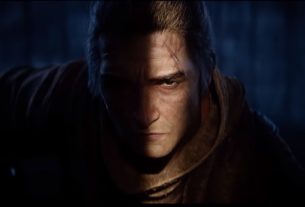