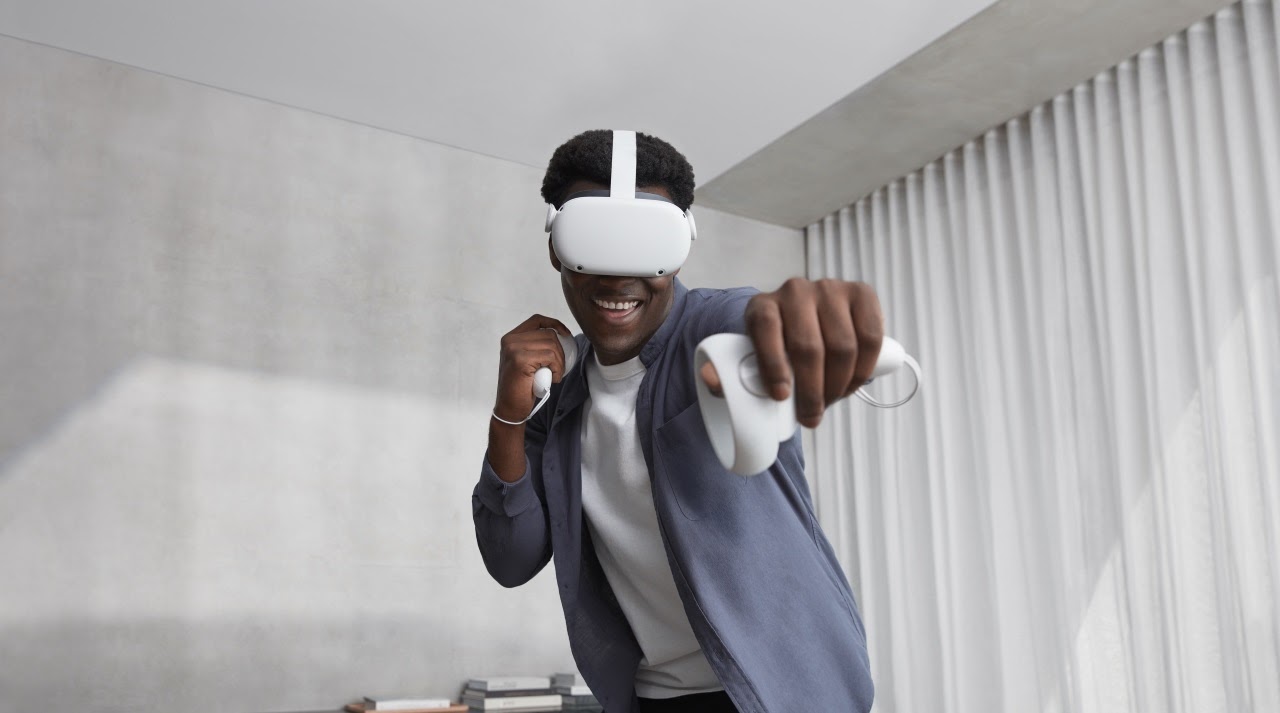 The Oculus Quest 2 was released a few months ago. And in such a short time frame, it has made a massive impact in the world of Virtual Reality. It has easily become labeled as the best iteration of VR headset to date. But that does not mean that it has no flaws.

One of the biggest issues with the Oculus Quest 2 is the mandatory Facebook login requirement. This has resulted in a lot of backlash from the VR community. And this includes complaints of hardware bricking due to banned accounts. Of course, you’ll have to take these reports with a grain of salt. But it still doesn’t hide the fact that many simply do not like Facebook’s privacy policies.

If you can get past all the notions of having your Facebook account tied to the Oculus Quest 2. Then you are in for a treat because the new hardware brings a whole new experience to virtual reality. That has not yet been accomplished – at least for consumer electronics. Now we don’t have to go through all the itty-bitty spec details. But here it is anyway since we know it’s important for some of you. 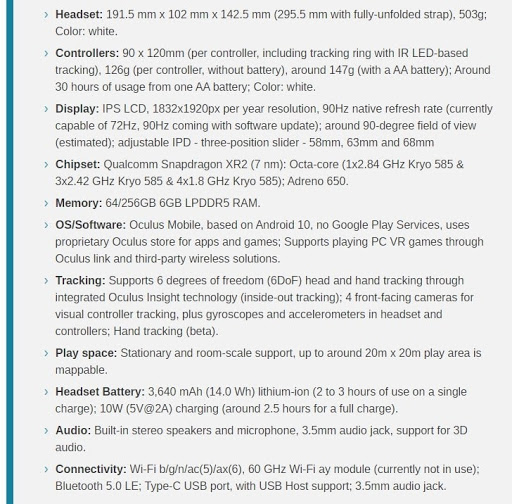 The Oculus Quest 2 is an improvement from its predecessor. which was already one of the best VR experiences due to its wireless capability. Although before you had to resort to some third-party solutions for some advanced gaming. Good thing Oculus caught on and has now implemented their new system with the capability of playing games from PC both wired and wirelessly.

Best of all, the quality of each screen within the headset has been much improved with the capability of hitting 90hz with an update. This is the main reason VR gamers are going crazy for the new gear. The much-improved screens are basically on par if not better than the Rift S and Vive Pro. And that means players no longer have to deal with clunky base station detectors and wires. This allows for more freedom of movement that elevates the VR experience.

One of the best things about the whole standalone VR headset innovation is the protective systems. Before the entire Quest line was born, VR required the use of base stations that were placed in strategic locations in a room. These are what detected and monitored the VR headset movements. This ensured that the player stayed within a preset play area.

The Oculus Quest changed this completely by using an innovative system of cameras and movement sensors. Effectively eliminating the need for base stations. But at the same time keeping the player safe within a play area. The Quest 2 further develops the proprietary Guardian System with pass-through cameras. These allow the player to see a live feed of the world. This way they can be warned and even see potential obstacles in the way and avoid injury. It is important to note, however, that playing VR unattended regardless of your age is still strongly discouraged. Unless you are using VR seated, having someone within line of sight will keep you from any potential accidents. They can also call your attention in case of a phone call, someone at the door, or whatnot.

The whole Oculus Quest product line has been hailed as an innovative step in the industry of Virtual Reality. Many competitors and potential manufacturers are also following in the footsteps of creating their standalone hardware. Sadly, like with all things in the world, nothing is truly perfect. And the Oculus Quest 2 has one glaring flaw. Namely, the mandatory requirement to attach the system with a Facebook account.

This may seem like a weird thing to worry about. But there are legitimate issues with having a Facebook account linked to the device. For one, all of your personal information is stored in the device and utilized for various services. This has always been a controversial issue that has resulted in many court hearings.

Another concern involves that Oculus Quest has been banning new Facebook accounts. This has locked out players from using their brand new hardware. Thankfully this seems to be a small set of players experiencing the issue. Even better, Oculus has made official statements that they are looking into it. And even rolled out an update that allows multiple Facebook accounts to be linked to a single Quest 2 device. So if your Facebook account has been banned, the device is not completely inaccessible.

All in all, the Oculus Quest is an innovative entry into the virtual reality market. The only caveat is the mandatory Facebook account rule. But fortunately, Oculus is living up to its promise to look into the concerns. Sadly, for anyone hoping that means they’ll remove the Facebook requirement – that is a definitive no. Otherwise, if you don’t care about linking your Facebook to the device. Then Oculus Quest 2 is not just an entryway into the world of virtual reality. But it is also the premier hardware. 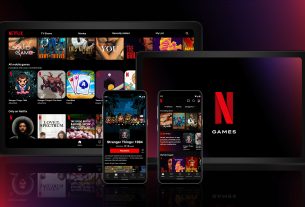 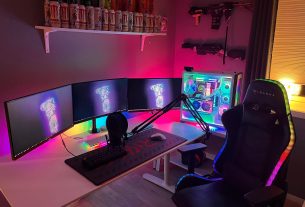 Most Essential PC Gaming Desk Accessories That Scream “I am a Gamer!” 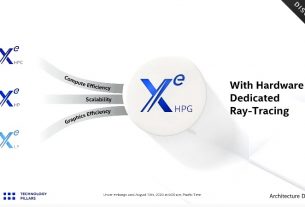