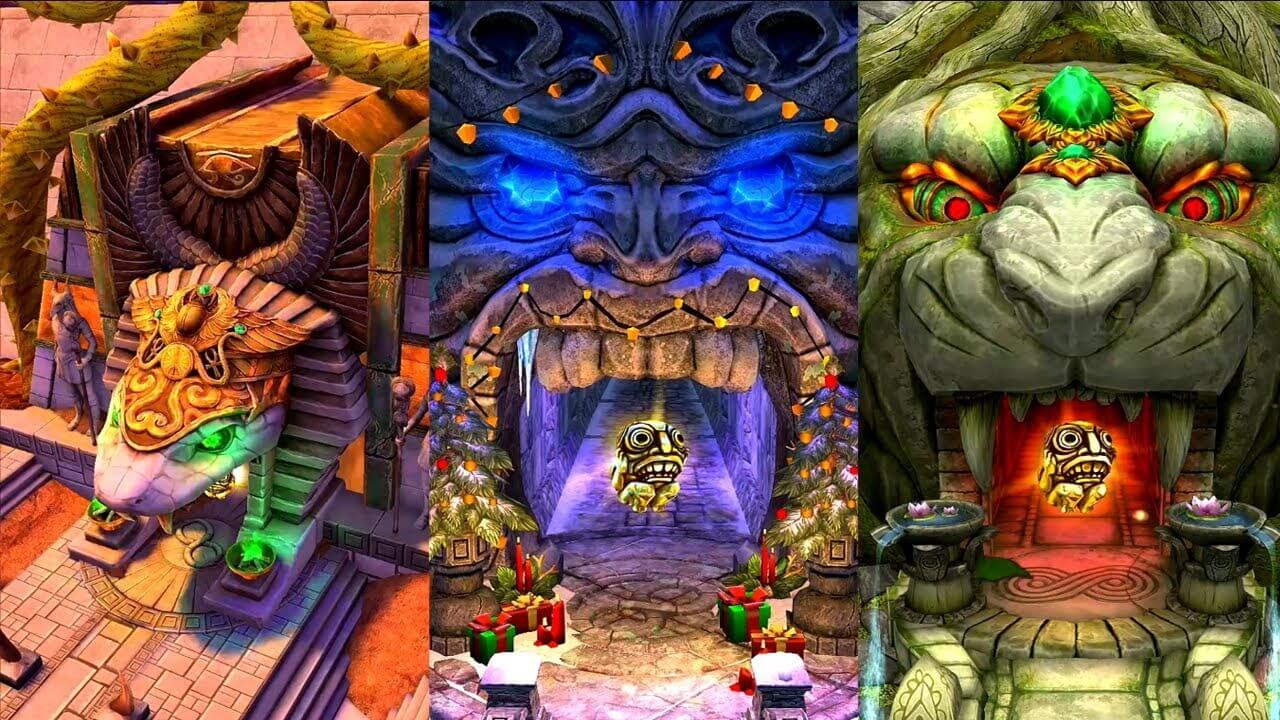 You might have heard of Temple Run a long time ago. It is one of the sought after games that everyone have played during your younger years. Of course, if you have played this game then, you have also tried tapping Temple Run 2.

One of the most exciting if not challenging, a subgenre in mobile platform games is Endless Running. For those new to the term, this infinite running games set a procedurally generated environment with a continuously moving character. Temple Run and its sequel are two of the most iconic and are responsible for making the subgenre as accessible as they are today.

Temple Run and Temple Run 2 managed to elevate or make the endless running genre visible to the public. The developers of the game 2 took an existing model to create a more exciting/buffed up version. With that said, the success of Temple Run and Temple Run 2 also spawned hundreds of clones that follow the same model used in the development of the mentioned titles. The million-dollar question is if the clones are any good. Alternatively, were the other developers able to elevate or improve the genre like the Temple Run series? Well, let’s take a quick look overview of what makes Temple explicitly run Temple Run 2 stand up from the rest of the endless running titles.

Much like Temple Run 2, Subway Surfers is a clone done well. Given the fact that the endless running category only provides a thin line for innovation, the developers managed to integrate new and exciting ideas into the existing model by having a skateboard into an urban setting. This matter made Subway Surfers a hit in the free-to-play platform.

Also, Subway Surfer provided a street and hip style that some gamers might want to have. Unlike Temple Run 2’s visuals, you can say that Subway Surfer has a more modern type of vibe in which young people would like. The characters also in the game plays the role of a teenager who has a gang. The adventure moves through as they escape from the police and reach a high point target. Want to try and play this game now too?

If you’re thinking about Temple Run 2, then this game might be one of the closest clones so far. Imagine having characters like Dr Jones, Lara, Disco Dancer, Agent and Mummy in an endless running game in a set similar to Temple Run. Although the game does very poorly in the creative department, it does an excellent job in the parody department. You got to play it to believe it. Nonetheless, you still feel like playing Temple Run 2 but with different characters for sure. Well, it’s for you to decide on playing this game!

If you’re an avid fan of Mario, then you’ll eventually love playing with him not only in Cart. It is continuously established and developed by Nintendo for IOS and Android. Super Mario Run was officially released in 2016, and there are 300 Million Downloads up until today. According to Shuntaro Furukawa, Nintendo President, the game reached its peaked over four years ago, but several downloads stills continuously grows. The game mechanics and gameplay is simple, and even your youngest family member can play it all on their own! Now, join Mario with his team as you go on a running adventure! Just like other running games, your main goal is to beat the highest score.

Temple Quest is an example of direct clones of and Temple Run 2 that lacks innovation. The game, for the most part, is like a nerfed version of the iconic games. Don’t believe us? Well, you got to try and play the game and get a hands-on experience to know the difference if there’s any. Temple Run 2 despite being clones themselves are some of the most innovative titles that deserve praise for putting the genre on the map.

How about you? Do you have anything in mind? Share some of the endless running clones you believe are worth mentioning in the comment section below.

1 thought on “Run and Survive: Temple Run 2 and Other Running Games Overview”