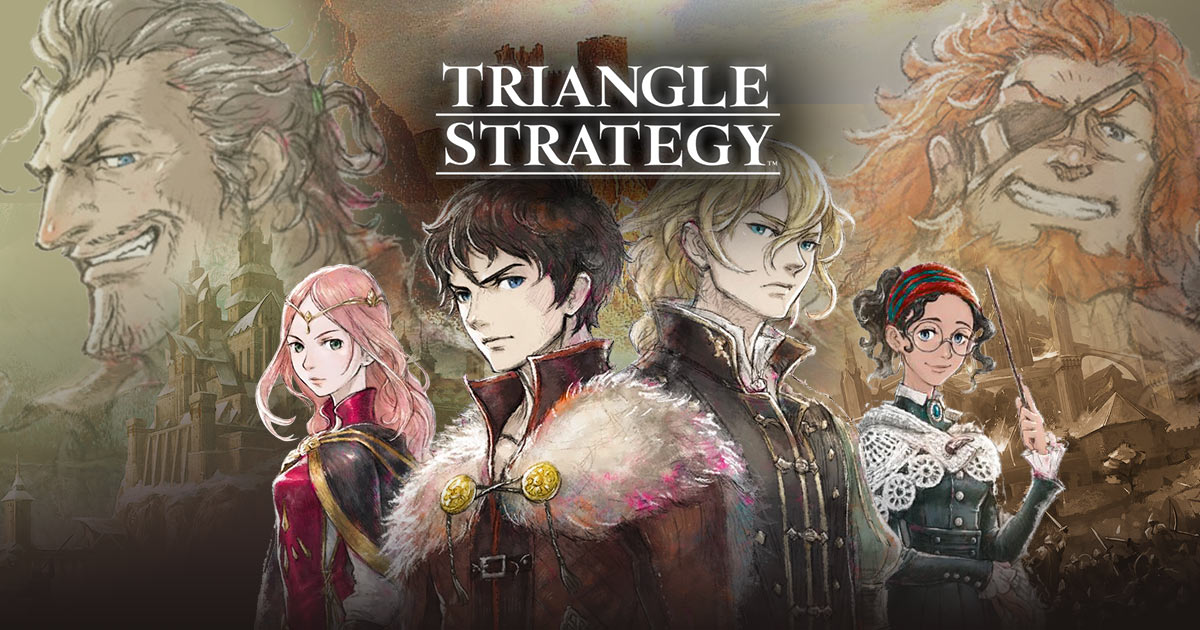 Unlike many fantasy tales that start small before working to a bigger critical mass, Triangle Strategy flips this worn storytelling path on its head. It starts big and never looks back. You will step into the shoes of Serenoa Wolffort, the protagonist of the story. Additionally, he is the teenage son of a now-forgotten Lord from the House of Glenbrook, one of the three ruling kingdoms of the continent Norzelia.

A Slice of the Story of Norzelia

Triangle Strategy’s plot basically revolves around the continent of Norzelia. It’s currently split into three countries – the theocratic Hyzante and the monarchal Aesfrost and Glenbrook. Moreover, each nation has control over its respective natural resources, all of which are crucial for the entire nation’s survival. Following the “Saltiron War” that took place 30 years ago as a conflict over Aesfrost’s iron and Hyzante’s salt, the new generation is ready to put the past behind and start anew.

The story follows Prince Serenoa, a member of a noble family from Glenbrook who are known for their heroism and loyalty to the crown. And the first time you meet Serenoa Wolffort, he seems nothing less than a fairytale prince, riding his horse to save his betrothed from bandits. Additionally, he’s on the brink of entering a political marriage with Princess Frederica of Aesfrost as a peace treaty between the nations. But their plans are thwarted by an ambush deposing the king and putting the prince on the run with Prince Roland, his childhood best friend.
As the first few chapters unfold, Triangle Strategy paints a complex picture of Norzalia’s politics. What seemed like a perfect kingdom of Hyzante actually maintains its success by enslaving Rosellans. On top of that, the monarchs ruling over Aesfrost are actually plotting against Hyzante. Hence, plenty of backstabbing, self-righteousness, battles, and romance to make the game compelling. And simultaneously, at least believable as a fantasy tale. Additionally, the narrative is predictable and made more boring by the long storyline sections and cutscenes that you can skip if you care less about the story.

You will encounter long battles in this game. Albeit that may be the case, the strategic gameplay during such battles is notably one of the game’s best parts. Additionally, the 2D-3D kind of battlefield makes playing not boring; although it could take a while to get used to moving the camera around effectively. But once you have mastered this, getting around the battlefield is a breeze. And you’ll soon realize it’s one of the greatest video game titles to date.
You can also change the difficulty of each level anytime you want. So you can replay the same battles over but on another difficulty or stick with the pace you are most comfortable at. Furthermore, another amusing part of Triangle Strategy is the Exploration Periods. Between certain cutscenes and battles, you are given an opportunity to explore the area you are in, gather hidden items, and talk to your compatriots. Some of these conversations also give you a chance to fortify your Convictions. 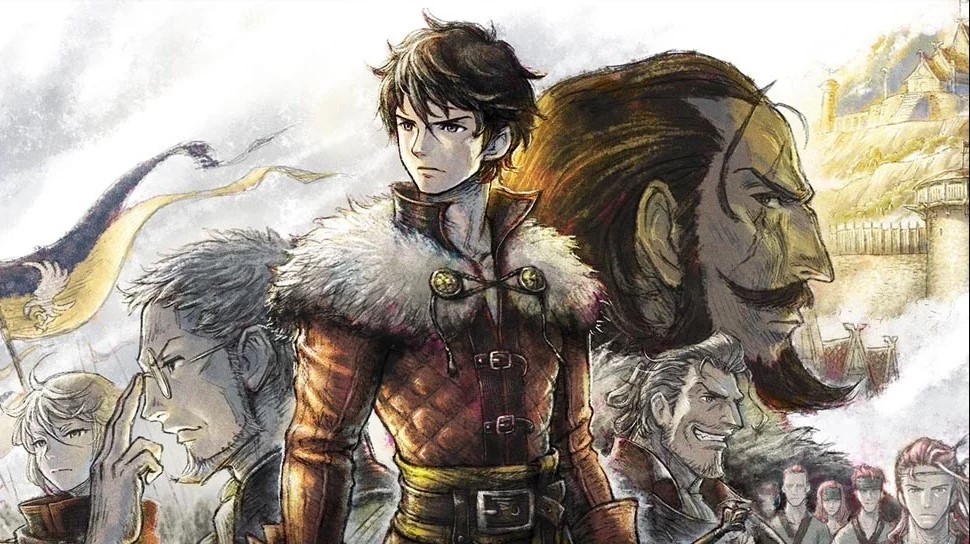 Strengthening your Convictions is essential in this game. That’s because they shape the narrative of how your unique game story will go by putting you into situations with answers that point toward Morality, Liberty, or Utility. This solely relies on your decisions (or answers) but can drastically change the course of the game with four possible outcomes at the end. While this decision-making mechanics is fun, it could get confusing to choose the “right” answer.

Set in a medieval-ish period, the artwork, maps, and other visuals of the game are stunning. Throughout the game, the 8-bit characters and the background graphics are well-defined and thoughtfully done. That’s why it’s easy to immerse yourself in the game and get acquainted with the fantastical world of Norzelia. 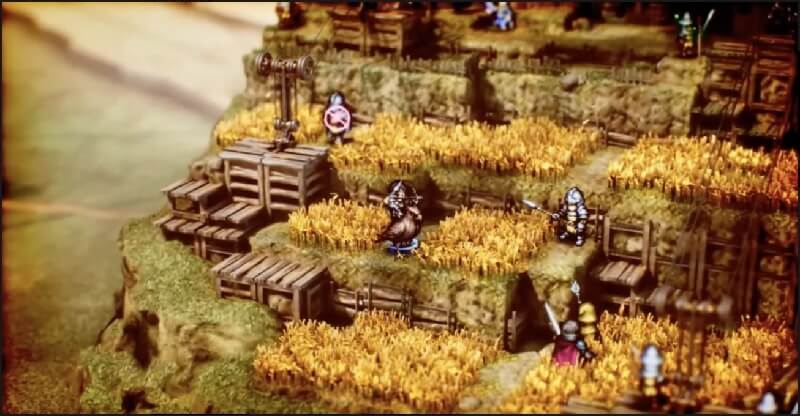 The user interface, on the other hand, is not as appealing as the graphics. The pointer sensitivity is too high, the button mapping for menus is weird. You’ll need some time to get used to it. This can be not that much of a concern to some since this is a strategy game that does not eat up too much time, unlike first-person MMORPGs (massively multiplayer online role-playing games). However, it could still get frustrating at times especially if you are in between battles.

Triangle Strategy can be an excellent strategy game for those who are looking for some titles to pass the time. Putting aside the long and boring cutscenes along with a formulaic plot, the game is able to deliver. The oddness of the user interface and menu buttons can benefit from some adjustments. It will benefit if the  game’s developers, Square Enix and Artdink, rework it; and this is one move that could erase the staleness of the game in general.
The game does succeed in delivering really beautiful artwork and visuals and intuitive battles. It puts players in tough decision-making situations from time to time. The grounded story about human ambitions and natural resources is as different. That’s because it’s in a genre that’s full of storylines about gods or mages threatening to destroy the protagonist’s world. Ultimately, Triangle Strategy is a game of good proportions with gameplay that can get you excited and characters that you will get to love in the long run. For future reviews, game updates, and game guides, be sure to check PlayPC from time to time! 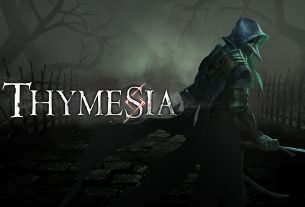 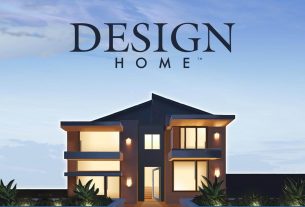 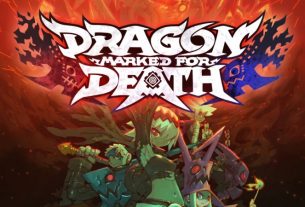