If you’re a big fan of massively multiplayer online (MMO) strategy games, then you likely heard about Guns of Glory: The Iron Mask. It’s a strategy game that takes place in the 19th century. In this game, you get to build your base and train troops. You also get to attack and raid other bases, while also protecting your base from attackers. And since it’s a multiplayer strategy, it’s a game where you share a similar world to hundreds of other players.

It’s a fun and exciting game that can also be a bit competitive. Though the gameplay is something that you can learn easily, it can still be a bit overwhelming for beginners. There are many things that you’ll need to consider to play the game properly. This article will help you with that. It will provide a beginner’s guide to playing Guns of Glory: The Iron Mask.

The first thing you need to do when you play Guns of Glory: The Iron Mask is to follow the tutorial. It won’t necessarily explain everything, but it will provide you with the basics. This includes building facilities, upgrading them, collecting resources, training troops, and so on. So, you’ll learn the basics of how you can play the game. Make sure you learn and understand the things that are being explained. Once you’re done with the tutorial, you’ll start playing the game on your own. But at least you have an understanding of the basics of the gameplay.

The Academy is an Important Building

The Academy will play an important role during your gameplay of Guns of Glory: The Iron Mask. It is a building where you do a lot of your research. In the beginning, make sure you focus more on research that will improve your resource collection and building upgrades. After that, you can focus more on research that will improve your troops. The research part might seem boring and insignificant, but they’re an important part of your development in this game. So, make sure that you are always doing some sort of research on the Academy.

Join a Good Alliance as Early as Possible

Being part of a good Alliance will be a big boost for your development. You can ask for assistance from veteran members of your Alliance in case you have a question, or if you need guidance. An Alliance can also help protect you from being attacked by other players. It’s important that the Alliance you join is very active, especially if you plan on being a serious player and play this game for a long-time. If you see members that are active daily and participating in Alliance events, then you’ve got an active Alliance. Don’t hesitate to change Alliance if you feel the one you’re currently in is not active or won’t be able to help you.

Focus in Training Troops & Getting Stronger

During the tutorial period, you’ll also learn about the game’s story. As interesting as it all seems, it’s just a front. The actual focus of this strategy game will be training troops and getting stronger. This is because a big part of the gameplay of Guns of Glory will be battling with other players. Not just against players from your state, but also against players from other states.

These types of strategy games usually have a weekly kill event, where other states battle against other states. This is why training troops and getting stronger will be a primary objective in this game.

Strong Heroes are Needed to Get Stronger

Training troops is just one aspect of getting stronger. You’ll also need heroes to lead them. The heroes are actually the ones that can determine how your troops will do in battle. If you happen to have the latest heroes available in the game and you’ve properly developed them, you’ll have a higher chance of winning. Acquiring heroes is done by summoning them. But the results of the summon are determined by RNG, which means, you can’t really determine what you’ll get. 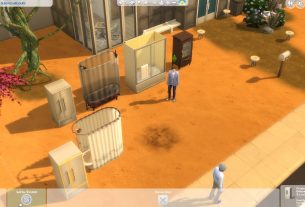 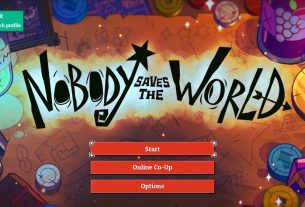 Nobody Saves the World Tips – Game Tips for Newbies