Though there have been a lot of fun and exciting games being continuously released, there are some old games that are just hard to forget. And many game developers are taking advantage of this nostalgia by remastering these old masterpieces. One of the most well-known examples would be Final Fantasy VII Remastered. Since these remasters are successful, Rockstar Games wanted to get in on the fun and came out with their own remaster.

It is important to remember that Grand Theft Auto: The Trilogy – Definitive Edition is a remaster and not a remake. This means that you shouldn’t expect a new storyline or gameplay to GT3, GTA Vice City, and GTA San Andreas. With that said, one of the new things that you can expect with this game would be better graphics. This is not really unusual considering the technology that we have now and the technology available 17 to 20 years ago.

Aside from better graphics, you can also expect an improvement when it comes to the shooting controls. The remastered game will have a gun system that will make things easier for players to shoot enemies. This also makes the game a bit easier to play because of the improved gun system. There are also updated facts about the San Andreas bridge and there’s a new cheat mode to enjoy. It will let you turn on Big Head mode in all the games once the Konami code is entered.

Players can also enjoy instantly restarting missions after dying, being busted, or failing. There are more minor changes that you will see as you play the game. But the overall gameplay, storyline, and some of the controls remain the same. So, it will feel like playing the old game but with some improvements and new features.

So, what’s good about the Grand Theft Auto: The Trilogy – Definitive Edition? Why should you play this game? Let’s discuss this in this section.

One of the reasons why you should play Grand Theft Auto: The Trilogy – Definitive Edition is that the gameplay is the same as the original. This in itself is already a huge plus since GTA 3, GTA Vice City, and GTA San Andreas are 3 of the popular GTA titles to date. They’re the games that popularized open-world gameplay. So, being able to play them with their original gameplay is a big thing. This is especially true considering that it’s now hard to play these old and popular games. So, a remaster of it will be a big delight for GTA fans, especially those who grew up playing these 3 games.

The Visual and Control Improvements Make it More Fun To Play

Another reason why you’ll want to play Grand Theft Auto: The Trilogy – Definitive Edition is the visual improvements. Though the game offered good graphics back then, it’s even better now using the latest technologies. This means you’ll have a better experience playing GTA 3, GTA Vice City, and GTA San Andreas. Furthermore, the control improvements provided also make playing the game more fun and easier. You will enjoy all these improvements and added features.

Of course, not everything about Grand Theft Auto: The Trilogy – Definitive Edition is good. There are also things about it that need improvements and could be reasons why you should stay away.

Probably the worst thing about Grand Theft Auto: The Trilogy – Definitive Edition is the many different bugs plaguing it. The bugs can be as simple as vehicles hovering above their tires or the overworld’s visual models don’t mesh underneath. Then, there are also major bugs like you or NPCs falling through the blue hell as the level geometry would fail. This can make playing the game a bit frustrating. Hopefully, future patches can fix a lot of these bugs so the game can be more enjoyable.

The developers call this the Definitive Edition, but there are many aspects of the 3 GTAs that are missing. One of those aspects is the cinematic camera mode, which is very iconic, especially in GTA 3. The top-down camera angle is also missing, which was another favorite camera angle in these 3 games.

Looking at the good and bad things about Grand Theft Auto: The Trilogy – Definitive Edition it doesn’t seem like it’s a good idea to get the game right now. There are good things about it that you will definitely enjoy. And the nostalgia of being able to play GTA 3, GTA Vice City, and GTA San Andreas is a great draw to get the game. But it’s hard to ignore the bugs and glitches that the game is currently experiencing. It’s best if you hold out for a while and wait for the developers to come out with patches to fix the bugs before you purchase. 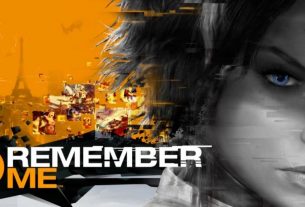 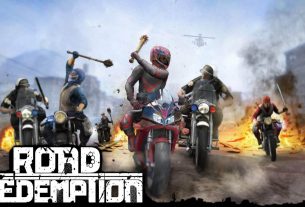