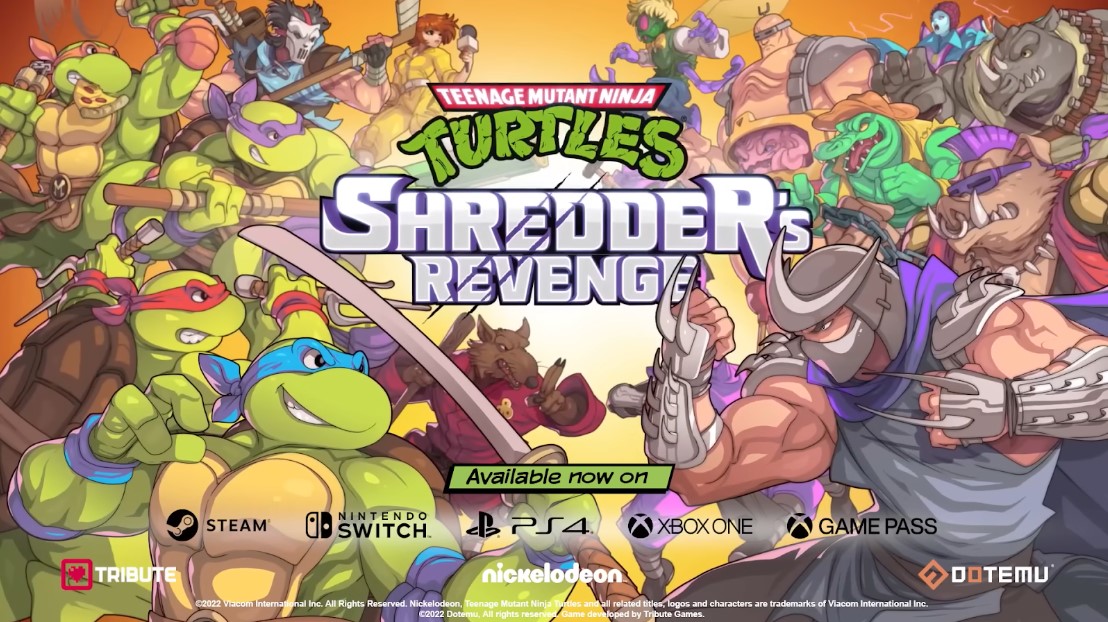 Video game developer Tribute Games and publisher Dotemu probably missed the nostalgic arcade games before when they developed Teenage Mutant Ninja Turtles: Shredder’s Revenge. It features pixel art, reminiscent of the classic arcade games. But is this a game that you will enjoy playing, even with its classic graphics and gameplay? It depends on a player’s preference.

As someone who experienced the 90s as a kid, one of the things that I always enjoy doing was playing arcade games. And one of these games is Teenage Mutant Ninja Turtles. And when the same game became available on the consoles, I would always ask my mom to buy it for me. Also, it’s unlike other ninja games out there. So now that the game is here, let’s find out more about it with our short review below. 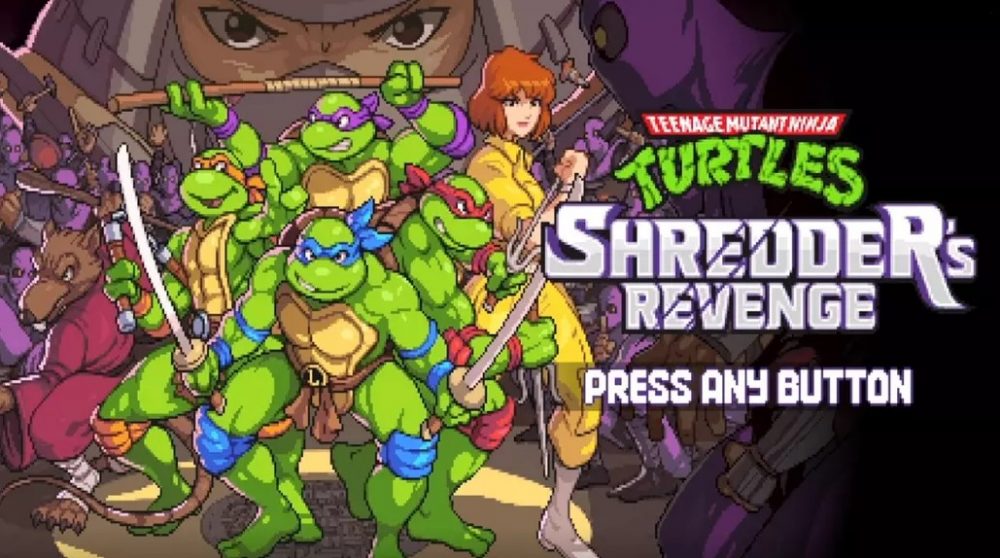 When it comes to the story of Teenage Mutant Ninja Turtles: Shredder’s Revenge, there’s nothing new since you’ll be battling against Shredder and his crew. You’ll try to stop them once again from terrorizing New York City, with all four turtles, as well as Master Splinter, April O’Neil, and Casey Jones (an unlockable character). But what’s great about this action game is its genre. It’s a beat ‘em up game, which is a video game genre that features hand-to-hand combat against a large number of opponents.

It’s a side-scrolling action brawler that features a pixelated art style, reminiscent of the classic arcade games. And just like with the classic games, you can battle against the Foot Clan, Kang, Bebo, Rocksteady, and Shredder himself, as either solo or co-op with up to 6 players (4 players on the PlayStation), both locally and multiplayer. Additionally, there are two game modes; Arcade Mode and Story Mode.

The Arcade Mode is similar to the classic arcade where you have limited lives and it requires you to complete it in one sitting. But if you prefer more modern gameplay, then you should go for Story Mode. Here, you can convert your health to extra lives, as well as enjoy more combat moves. Additionally, you have the option to take on additional challenges after completing a level. You can also share health with other players by doing a high five, as well as working together to perform combo moves.

You can see that the gameplay is simple, but it’s very fun to play. Even if you haven’t played the classic arcade games, you’ll enjoy playing this game. To help you see better if this is a good game or not, let’s discuss what’s good and bad about this game. 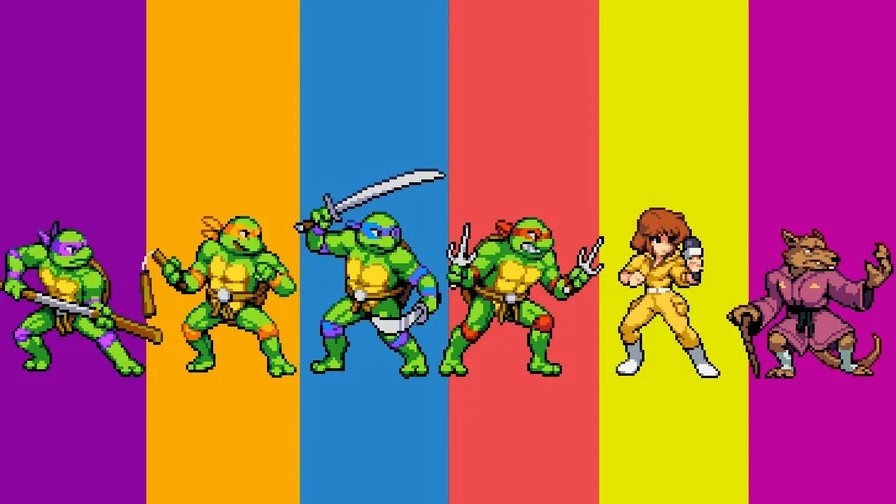 Let us now discuss what’s good about this game. This list will let you see what you’ll get to enjoy when you play Teenage Mutant Ninja Turtles: Shredder’s Revenge.

Probably one of the best things that Teenage Mutant Ninja Turtles: Shredder’s Revenge brings is that nostalgia. The developers are going for that when they created this game since it brings a lot of memories back, especially to people who grew up playing the classic arcade games, as well as to the TMNT fans. So if you like both, then this is a game that you will enjoy playing.

It’s a Game You Can Play With Your Friends

Another thing that you’ll enjoy with this classic game is its co-op mode. You get to play with your friends and you can invite up to six of them to join you (only 4 on the PlayStation). It’s a great feature because games are always exciting if you play them with friends. Furthermore, it’s great that it’s not even a PvP mode, but a co-op. So, you don’t have to worry about competing with your friends when you invite them over to play. Instead, you’ll be working together with them.

Of course, not everything about this game is good. There are also things that you likely won’t enjoy with this game and we’ll discuss that in this section.

The nostalgic aspect of this beat ‘em up game is also the one that’s bad about this game. It’s because there’s nothing else to expect from Teenage Mutant Ninja Turtles: Shredder’s Revenge. As mentioned earlier, there’s nothing special or new with the storyline since you’ll just battle Shredder and his crew. As for the gameplay, yes it’s fun, but it’s not as polished as some similar games.

It’s just a beat ‘em up game that uses classic graphics and will make you reminiscent of the good old days. It’s especially true in the late 80s and 90s when arcade games like this one were very popular.

Looking at the kind of gameplay, as well as the good and bad about the game, I would say it’s a good game to play. Yes, it doesn’t have the depth of other games or even modern graphics, but that’s not a bad thing. Sometimes people just want to play games for the sake of entertainment and that’s what this beat ‘em up game provides. In addition, it won’t require you to think too much, just beat up the Foot Clan and you’re good to go.

With this, I am giving this game a score of 4.5 out of 5. It’s a good game to play, whether you’re a fan of TMNT, arcade games, or not. So that wraps my short review for Teenage Mutant Ninja Turtles: Shredder’s Revenge. You can grab this game for Nintendo Switch, PlayStation 4, Windows PC via Steam, and Xbox One. For more reviews like this one, make sure to tune in here in PlayPC.

The Financial Gamer is an avid mobile and PC gamer who also has a huge interest in the financial industry. As a gamer, he is always ready for action and competition. But as someone who is interested in the financial industry, he is also someone who takes calculated risks and is very calm in most situations. A great teammate and difficult opponent. 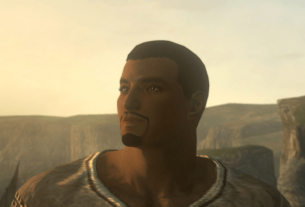 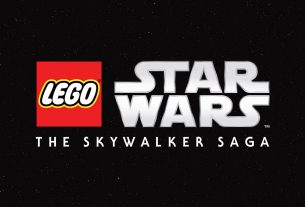