Published by Pixonic in 2015, War Robots is one of those hidden free-to-play multiplayer games that is slowly getting traction in 2021. With over 50 million downloads and a 4/5 overall rating, this highly competitive editor’s choice game takes mecha warfare to the next level. With that said, if you are one of the lucky ones who stumbled upon this game or is somehow planning to start your collection of robots, then, you are on the right page as we compiled 5 of the best robots and a few strategies for beginners. However, before that, let’s take a quick overview of what War Robots has to offer.

Mecha Multiplayer at its Finest

War Robots hails from the Russia-based video game development studio Pixonic. Inspired by the more popular MechWarrior series of games, War Robots is a game focused on PVP battles in various Multiplayer Online Battle Arenas. In War Robots, players get to collect various BattleTech-inspired robot designs and eventually build them through the in-game workshops. War Robots is playable solo or with a team depending on the player’s preference.

As basic as the premise of the game may sound, War Robots is a game that requires strategy and planning as well as analytic skills. Although the game has been out for a while, it is only now that the game is slowly getting traction from the gaming community. So, if you are one of those people who wish to know why this game is starting to gain it’s rightful audience, read on the tips below. Let’s take a quick overview of the basic strategies that new players can use to fast track their progression in the game.

One of the most important things that new players should take into consideration is choosing their first robots in the game. Having a reliable machine from the start will help you stack up and bank on in-game currencies and other items that you can use in accessing the premium robots in the future. Below are five of the best starter robots you can use in the game.

Leo is a heavy-class robot that can deal a hefty amount of damage in the lower leagues. Like the rest of the robots that belong to the heavy class, Leo is weak when it comes to mobility. Nevertheless, this robot comes equipped with 1 heavy and 3 light hardpoints. Leo also holds the third spot in terms of durability making it one of the best robots for new players.

If you are not into slow-moving robots, Griffin is another heavy-class robot that you can check out. Although this robot is not as durable as Leo, Griffin can jump and hover for six seconds. Armed with 2 medium and 2 light hardpoints, the Griffin is a great support robot that can easily escape an ambush using its jump ability.

Gareth is a light robot that comes with one light and one medium hardpoint. What this robot lacks in firepower, it makes up for in speed and abilities. Gareth is a great robot that new players can use in Beacon Rush elimination. One notable ability of Gareth is the Phalanx Mode that allows this machine to shift its shield to the front.

Natasha is another heavy class that’s loaded with firepower. Natasha comes equipped with two heavy and two medium hardpoints. Although this robot is not as durable as Leo, Natasha is capable of carrying long-range weapons for sniping. This makes this robot a great long-range and mid-range support for new players.

Stalker is another light robot perfect for Beacon Rush. Stalker is not huge in firepower since it only comes with two light hardpoints. In terms of durability, it is also not the type of robot you want to take on a head-on encounter. Nevertheless, this robot comes with a stealth ability that allows it to sneak and flank opponents. Stalker is also a great counter for snipers.

As enticing, as it might be to spend your hard-earned currency in the game, you must consider prioritizing spending it on the important things that will help you in the end. So, it is highly recommended for new players to save up gold and open all slots in the hangar. This will allow you to store and deploy more robots. The next priority is to upgrade weapons religiously. Upgrading weapons is a great investment since you can recycle or use existing weapons on other robots in your hangar. Lastly, new players are encouraged to join a clan to gain access to extra rewards in the game.

So, now that you know the basics on how to progress faster in War Robots, it’s time to jump into the game. Even better is to experience this explosive multiplayer on your PC. Play now! 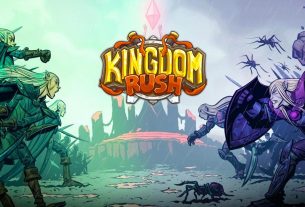 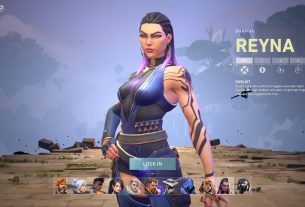